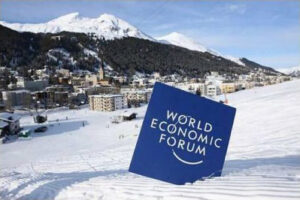 (PARIS, FRANCE) – Nearly 3,000 world leaders, including public and private officials, politicians and business executives, have gathered in Davos, Switzerland this week to discuss global issues pertaining to trade, finance, aid to the developing markets, employment and economic growth (or lack thereof). The main topics of discussion surrounded how countries could ensure sustainable economic growth, timing to begin tightening monetary and fiscal policies, and the necessity of global cooperation.
While some expect the recent economic downturn to remain or even worsen, the overall consensus is one of slow, sustained growth. Emerging markets, particularly China, have lead the way in creating growth, unlike previous recessions where the U.S. consumer led the charge. Many believe that a geo-political shift is taking place whereby China is supplanting the U.S. as the leading economic power. The real question is whether China is ready to accept this role and embrace their superpower status in the world economy, and all the responsibilities that privilege entails.
President Obama’s proposed banking regulations predictably went over like a lead bomb. Many leading executives believe heavy-handed measures to regulate banks and financial institutions may damage fledgling global economic recovery. They see no evidence indicating that limiting banks’ activities help the global financial system. One person siding with Mr. Obama was French President Nicolas Sarkozy, who attacked globalization and said capitalism must be made “more moral.” Does anyone else see the irony in a French President lecturing on morality?
But many government leaders stated their economies would grow quicker than expected. Iceland, hammered by a complete financial meltdown early last year, sees growth this year and next. Germany, the largest economy in Europe, sees imports growing 3.4% this year, which will no doubt benefit U.S. food and beverage exporters.
Foreign exchange rates are also on everyone’s minds in Davos. Many believe the Chinese Yuan is under-valued, and if stronger would curtail China’s exports and turn Chinese consumers into importers, stimulating U.S. and European exports. While the U.S. dollar depreciated 20% vs. the Euro in 2009, some believe the Euro could weaken as the European economy struggles to recover and debt increases in Southern E.U. markets (stay tuned for a more detailed looked at world currencies in the next AMI Global Bite).
In light of the recent earthquake in Haiti, aid workers are keeping social issues at the forefront of the Davos meetings. Poverty needs to be alleviated to avoid further terrorism and new methods of disease prevention need to be developed. There is also discussion concerning strides toward new peaceful and diplomatic relations, for example between Israel-Palestine and Turkey-Armenia.
While the discussions are nearly as lively as the parties thrown by corporations (Google’s is one of the best, but this year everyone was trying to get into Japan’s bash), the mood at Davos is upbeat. Although this year’s global elite knows they need to roll up their sleeves and work, the message is one of hope, optimism and growth.