The Obama Administration has now turned its focus from health care to job creation. On March 11 the Executive Order – National Export Initiative (NEI) was signed by Barak Obama to ensure “that U.S. businesses can actively participate in international markets by increasing their exports of goods, services, and agricultural products.” The goal is to increase job creation, a noble goal in the current economic climate. The initiative is designed to “directly affect the private sectors ability to export” by removing trade barriers and alleviating hurdles to enter new export markets. 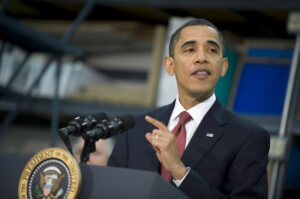 The language of the NEI is optimistic, lofty and naÃ¯ve. It will promote trade missions, educational tools for small businesses and first-time exporters, and endeavor to reduce trade barriers in foreign countries. That is the good news.
The bad news is that the NEI would reduce funding for the highly successful Market Access Program (MAP), which this year will provide about $160 million to small- and medium-sized U.S. food and beverage companies to gain access to foreign markets. The Market Access Program (MAP) uses funds from the U.S. Department of Agriculture (USDA) to help U.S. producers, exporters, and private companies finance promotional activities for U.S. agricultural products. MAP funds promote the development, maintenance, and expansion of commercial export markets for agricultural commodities.
Despite the numerous “success stories” of U.S. food and beverage companies penetrating foreign markets as a result of the MAP, the current Administration appears to value more highly other export promotion activities. The Administration believes the private sector should replace funding of the MAP budget.
Nonetheless, there has been a surprising backlash from several U.S. Senators and Representatives, whose constituents depend on agricultural exports for their livelihood. Those interested in expressing their opinions on this issue may consider contacting their local representatives.
The NEI is also naÃ¯Â¿Â½ve in that it pushes a U.S. agenda without consideration of other countries or their objectives. In other words, it promotes U.S. exports but not imports to America. Other countries seem to resent this and find it hypocritical of a country that promotes “free trade.” The Obama Administration has failed to study history and recognize that cross-border trade, free and transparent markets, and foreign direct investment have brought enormous prosperity not only to the U.S. but also to other developed economies. The NEI seems more like a token gesture to U.S. labor unions and protectionist movements than a meaningful initiative to stimulate global trade and investment.
Just days before U.S. Secretary of Commerce Gary Locke lead a U.S. trade mission to Brazil to promote US products last month, the Brazilian government announced that it will levy $600 million in extra import duties on U.S. products in retaliation for U.S. subsidies of cotton, which “protects” the U.S. cotton industry. Apparently, the Administration failed to consult other countries about its new export initiatives.
Worse still, the U.S. Administration has failed to ratify three previously negotiated Free Trade Agreements (FTA) which have been in limbo since the last Administration — South Korea, Panama, and Colombia.[1] Robert C. Hamilton, Washington State’s Assistant Trade Representative, Office of the Governor, argues that the Obama Administration could not focus on the three FTAs until the passage of the Health Care legislation. He also mentions that each FTA has its own unique challenges: Panama’s status as a U.S. tax haven; Colombia’s labor laws; and South Korea’s auto industry. The latter’s local auto industry had, until recently, 95% market share. The Korean government has for years scrupulously audited its citizens who purchased imported cars.
None of this seems to have bothered the Europeans, who after catching wind of the potential U.S.-Korea FTA, swooped in after the Americans and signed an FTA with Korea! Even Chile receives duty free access to Korea on most goods. The Europeans recognize that Korea, with an economy of $929 trillion (2008 World Bank), is an excellent market for European products. Unfortunately U.S. imports still face stiff import duties in Korea, making U.S. companies less competitive than its European and Chilean counterparts. This in turn shuts out U.S. companies from the 4th largest market in Asia and the world’s 15th largest economy, maintains trade barriers, reduces U.S. exports, and fails to create new jobs. It appears that politics is impeding trade and commerce.