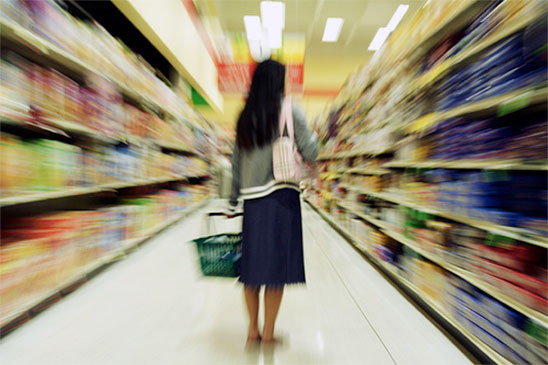 Singapore has long been a frontrunner in retail trends and for good reason. As a relatively open port with 99% of imports entering duty-free1, the “Gateway to Southeast Asia” has been able to enjoy a host of innovative products from around the world. This demand is driven mainly by an affluent domestic population with additional support from a substantial expatriate population.
Though competition is strong, US brands and products are well-received in this wealthy city-state. In 2011, 10.8% of Singapore's imports came from the United States, more than any other country2. Over US$12.1 billion were food and beverage products. While it must be noted that some of these products are re-exported to neighboring countries, Singapore relies on imports because of its lack of domestic producers.
Singapore's government is preparing for a strong rise in population, expecting the city-state to be home to 6.9 million residents by 20303. This would be an increase of nearly 30% from the current population of 5.35 million. Since Singapore experiences one of the lowest birth rates in the world (224th according to the CIA World Fact Book), most of this growth is expected to come from foreign immigrants. With 2012 GDP per capita reported to be over US$60,0004, Singapore's residents are primed to open their wallets for new and exciting food and beverage products. In addition, the age of marriage has been slowly rising to 30 years for males and 28 for females5, translating to high-earning singles who are eager to enjoy the high life and associated products such as wines and spirits, fine cheeses and meats, and other exotic imported fare.
While other Southeast Asian nations such as Vietnam and Malaysia are quickly learning to provide Singapore with regional options that appeal to the value-oriented customer, there is still ample opportunity for US food and beverage to experience success in the market as well. US-branded products are seen as being high-quality and can be partially American expatriates. As 60% of the food and beverage retail market is controlled by modern retailers such as Fairprice and Cold Storage/Giant6, it is important to be prepared to fully invest in the Singaporean market such as commitment to promotional campaigns.
Singapore's trade-friendly economy and a young, single and well-financed population make the city-state an excellent candidate for US products such as snacks, breakfast cereals, fresh and dried fruits, ice cream, and processed meat.
1http://export.gov/singapore/doingbusinessinsingapore/traderegulationscustomsandstandards/index.asp
2https://www.cia.gov/library/publications/the-world-factbook/geos/sn.html
3http://www.singstat.gov.sg/stats/themes/people/popinbrief2012a.pdf