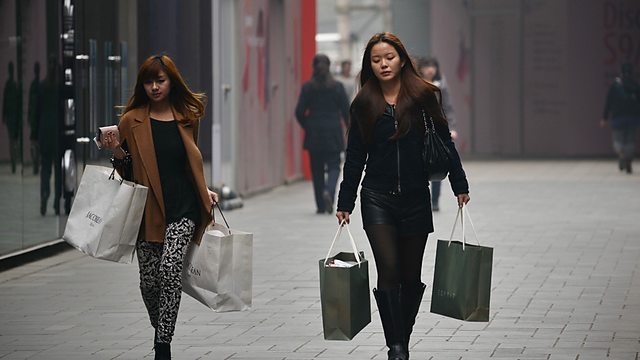 The Asia-Pacific region will account for two-thirds of the world’s middle class by 2030.  Chinese will be the majority of this massive consumption.  Today China’s urban middle-class population alone, if considered as a country, is larger than the total U.S. population.  Rapid economic growth and a huge migration to urban centers is creating a middle-class with huge spending power.  China’s middle class will consume US $3.4 trillion of goods and services by 2022, about one-quarter of China’s GDP. [1. The Rise of the Middle Class in China and its Impact on the Chinese and World Economies, Chapter 7, Dominic Barton]
These middle-class, urban consumers are more willing to pay a premium for quality products, have a high level of trust in well-known brands and are more likely to spend more of their income on discretionary products such as food and beverages.  They are more global in their outlook and receptive to – even eager for – international brands. As these consumers become more mainstream, China will bear a remarkably similar resemblance to other developed international markets.
Another factor contributing to opportunities for U.S. food and beverage suppliers is China’s middle-class consumers born after the mid-1980’s (now younger than 30 years old).  These consumers were probably the only child in their families due to China’s one-child policy.  They are now more confident than their parents, happier to try new products, and regard expensive (imported) products as better products.  By 2020, 35% of total consumption in China is expected to come from these young consumers.
Another trend impacting food and beverage imports in China is the growth of the internet.  The online share of retail in China is now 8%, higher than it is in the United States.[2. A Pocket Guide to Doing Business in China, Gordon Orr, McKinsey & Co., October 2014] Internet users in China spend five to six times more hours online per week than Americans do.[3. All You Need to Know About Business in China, Jeffrey Towson and Jonathan Woetzel, McKinsey & Co., April 2014]  Food and beverage products purchased online are often delivered to Chinese homes the same day.  These “e-tailers” often accept cash payment, since credit cards are used infrequently in China.
Nonetheless, for U.S. food and beverage suppliers operating in China, there are significant barriers to entry and challenges.  China has fierce competition not only from maturing domestic companies but also competitors from nearly every other developed market.  There is also an opaque supply chain and a complex, inconsistent and ever-changing regulatory environment.   Food safety issues caused by supply chain problems is a huge risk to foreign food and beverage suppliers.
However, doing your homework in terms of market research and understanding the regulatory environment, willing to invest, and being persistent, can yield excellent results.  From 2009 to 2011, supermarket sales value in China rose 32.3% while sales of food, beverage and tobacco retailers rose 61.8%.[4. The Ever-Challenging Chinese Landscape for Food and Beverage Firms, Kreab & Gavin Anderson, Hong Kong]  Both internet and brick-and-mortar retailers are beginning to import directly from the U.S.  Some sales channels in China do not require labeling imported products in Chinese, so suppliers can sell the same packaged products they sell in the U.S.
Most small- to medium-sized food and beverage suppliers need a China strategy, not simply for China but for the global market, as well. Selling in the world’s largest consumer market provides U.S. food and beverage suppliers with profits to use developing other markets, keen market insight, credibility, and internal expertise.